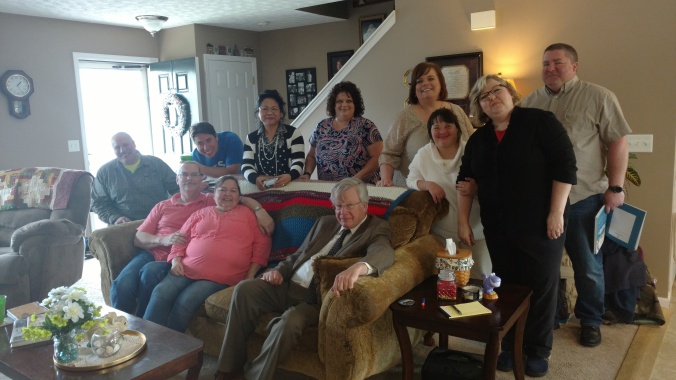 When I talked to my parents about the Kentucky Kitchen Table assignment, they were all in for hosting the dinner at our own Tennessee home. We talked about inviting over someone from church that we didn’t know well, and my mother was completely willing to provide all the food that we needed. Unfortunately, upon examination of our schedule, we discovered that we didn’t have a single free weekend available to host a family for a meal. After a little bit of brainstorming, Mom suggested that I ask my grandparents if I could attend their Sunday afternoon life group with them, and complete the assignment there. This life group consists of several people that my grandparents go to church and eat lunch with every Sunday, and they have invited my family to join them many times, even though we go to a different church. A phone call was made and I was told to arrive at an address in Hendersonville, TN at 12:30.

As soon as I walked inside, I was greeted with firm handshakes from some of the men and warm smiles from all. There were around 12 people in the house when I arrived, a couple of which left early, before I got the chance to talk with them. As everyone was spread around the kitchen and living room areas, it took me about 20 minutes just to walk around and talk to everyone. I eventually got the chance to meet everyone there; there was Chris and his wife Sandra, the owners of the house, and Tim, a pleasant man who was very interested in talking about all things college athletics with me. My grandpa, Gary, who currently sells hearing aids and formerly worked on jet engines in the air force was also there, as well as my grandma, Susie, who was born in Taiwan and lived there until she was 20. My aunt Kimberly, who has Down’s Syndrome and is one of the happiest women I know was also in attendance, as well as Paul and his wife Sarah. Paul has lived in Hendersonville all his life, and Sarah has traveled all around the globe in her youth with her father, who was in the military. Most of these people participated in my table conversation in some way, though I personally visited with them all briefly while I was there.

After getting to know everyone, I took a seat at the kitchen table where most of the women were sitting and asked them a little bit about themselves. We had good conversation for a while and everyone was more than welcoming to me, a newcomer to their group. When I finally got around to talking about the required material, I started by asking what citizenship meant to them. Susie was the first to speak, saying at first just how proud she was to be in the US and how important she thought it was to be in community with one’s fellow American. Sarah joined in next, saying how citizenship for her meant “helping your fellow man.” She elaborated by saying that while nobody is entitled to help anyone, being a good neighbor and helping your community members when possible was necessary to being an effective citizen. Sandra had a few words as well, saying how much she enjoyed being in a community where she could rely on her neighbors for anything. The overall feel of the conversation was very positive, with nobody having anything bad to say about citizenship or being involved in one’s community. My experience with the Kentucky Kitchen Table, though difficult in the planning stage, was definitely a success. It was a good opportunity to talk with some of the people that my grandparents see every week, and get their opinions on what citizenship looks like.

(The second image was taken on Chris’s phone and then sent to me, as I needed a photo with myself in it) 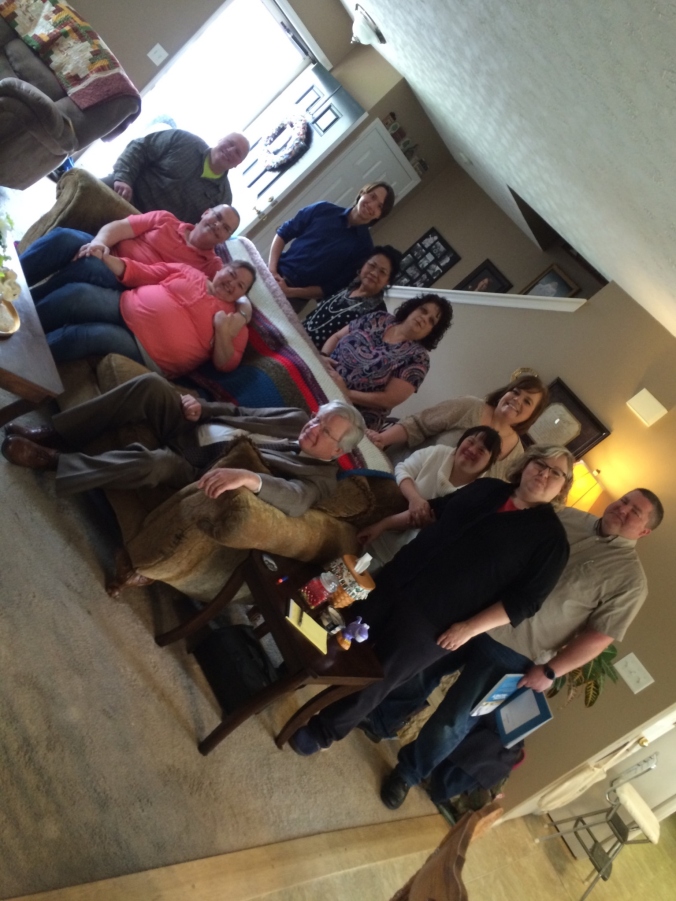