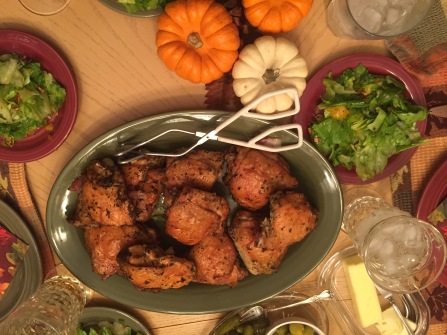 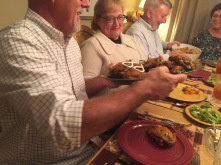 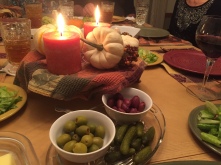 My Kentucky Kitchen Table experience was both eye opening and heartwarming. It was an honest example of people coming together as members of society that care about where and how they live. Bringing to discussion the topics we’ve learned about in class, I was able to hear the voices of people outside of the classroom talk about the struggles they’ve faced in the real world, what has been important to them as citizens, and how they wish they could have more ability to apply these ideals in their daily lives. I believe these are the conversations America was built on, and I am encouraged to see that even in a generation that has strayed from this culture, we are still able to live out the deliberation our founding fathers imagined.

I hosted my Kentucky Kitchen Table at my home in Bloomington, Illinois. Around the table sat ten people consisting of mostly neighbors I have only spoken with briefly while walking my dog or getting the mail. A friend from high school and one of my mom’s coworkers also joined us. My mom and I cooked the main meal, but others brought wine, deserts, and appetizers to share. Going in order from left to right in the picture, first sat my parents Russ and Chris. Russ first started in the music industry and is now working sales for a company based out of Seattle, and Chris is in business improvement. Marilyn works in insurance at State Farm, Phil is Chris’s business partner at DuPont Pioneer, Karen has worked in Nursing since she graduated college in Bloomington, and her husband Tim retired from being the manager of a Nuclear Power Plant. Noi recently moved to town from Thailand and speaks limited English. She married George who is originally from India and has a doctorate in education. They spend the winters at his property back in India. Mike worked off and on in labor until becoming trained in Computer Science and is now retired from working in insurance. Finally, Quinn is a freshman nursing student at Illinois Wesleyan University and plays on the golf team. I chose this group because of the diverse stages in life, careers, and views on the world. Most of them did not know much about each other, so it created a space where we could speak as members of the same community and not as friends or family.

Our discussion started with the reasons why each person loved where they live. Bloomington is a small town in the sense that it is easy to recognize a friendly face at the movies or farmer’s market. There are events that bring people and families together downtown that show how the community values each other. Karen and Tim, who have lived here their whole lives, said they would never move to a big city. They would feel they had no impact over their environment and would have no sense of purpose in their community. This stress and fast pace is the opposite of the life they’ve built for themselves here. Having a voice that can be heard, seeing positive change happen where you live, and being a part of a community that means something to each other are common traits that the table found admirable. When there is a unified group like that which exists in Bloomington, each hand can be called on and people are given more power over what happens in their community.

Following this I asked what it means to be an active citizen. When I brought up this talking point there was an initial moment of silence. Marilyn shared that this was a question she hasn’t thought about in a long time. With going to work, spending time with family, and living out her daily responsibilities, being an active citizen is often left on the back burner. Others shared this same view and were struggling to define citizenship in their own lives. Russ said this is a result of the “I generation.” We live in an age where intellectual conversation is often avoided and people retreat to their phones, TV’s and computers instead of speaking to the people they encounter. Many admitted to living what they called a selfish life. It is easier to come home after a long day’s work and turn on a movie than it is to reach out to neighbors or participate actively in what’s going on in the community. This idea that citizenship is an activity that has become draining or caused a sense of guilt in many people is disheartening, but I believe it is a common way of life for many Americans. With each person specializing in their line of work, trusting that those higher up have it covered, people feel far away and separate from society. John McKnight wrote about specialization giving people less control over their lives. Working nine-to-five, and not seeing a direct impact takes the power from the citizen and puts it in someone else’s hands. Tim spoke about writing letters to the governor regarding Illinois becoming a sanctuary state. He was passionate about this issue, but felt there was nothing to do other than contact those above him. Others brought up how they wish they volunteered more but can’t find the time. Mike even said that if he had the choice he would live anywhere but Illinois because of the terrible financial state it is in, but he doesn’t feel like he has the power to change this, so he’s given up.

So how can people have more say over their lives and their influence in society? After talking about this for a while our table concluded that because Bloomington specifically is a wealthy town, housing two big colleges and State Farm headquarters, people are often inclined to just donate money to causes they remain distant from. By changing the mindset to a more hands on approach, we may feel more connected with society and therefore capable active citizens. They article, “Why Bother,” emphasizes the impact planting a garden can have on one’s feelings of independence and contribution. Active citizenship follows this same example. Encouraging young people in the community to pursue more trade labor jobs like construction and electrical work could bring people back in touch with their impact on the town. We could also take the time to pursue small issues that we have more control over, like Mike making some calls about the increase in trash pickup expenses that he believed were unfair. Lastly, we can come together more often and speak about issues or frustrations we are facing in the community. Almost everyone at the table told me after dinner how refreshing it was to have a space to discuss these issues and work together to come up with solutions. We’ve learned in class how important deliberation is, but I was surprised how much everyday people crave this form of interaction. It may not be that people don’t have the skills to deliberate, like Sternberg suggests in “Giving Employers What They Don’t Really Want,” but instead people are just not given the opportunity or environment to deliberate.

When it comes to what it means to be a citizen, George offered a much more heartwarming view. George spent some time working in London, and was exposed to a very hateful and racist culture. He was attacked on the street because of his race and was forced to live in fear of the people around him. He believes that he saw firsthand what citizenship means when he moved to Bloomington, Illinois. He told several stories that demonstrated the difference he saw in the people that lived here. One morning he grabbed the wrong coat on his way to work and realized he did not have his wallet when he pulled up to a gas station. The worker said it was no problem at all and told him to fill up his tank. George was overwhelmed with this man’s kindness and came back the next day to pay the man back. He insisted he keep his money and said, “I take care of my people.” George’s definition of citizenship is being a good neighbor. He came to America after being exposed to hate and violence and found a people that cared about each other. This is another important aspect of citizenship I think people often look over. Treating people with respect builds trust in a community and allows people to work better together.

Observing everyone at the table, I could see that this was an exercise that was making a difference, but needs to happen more often. There were some moments when we reached uncomfortable subjects, where people either crossed the line or played it too safe and couldn’t get to their point. “The Power of Patience” taught us that patience is a skill that must be practiced, and is necessary to listen and deliberate with other people. I also learned that citizenship has different meanings for different people. I can see how this would be important to define before trying to solve a problem or talk about an issue. Tim, who sees citizenship as doing your part to challenge the government and participate in political affairs, would probably go about an issue very differently than George, who sees it was caring for others in your community. I also feel closer to my home town. Hearing the voices of people with distinct roles and viewpoints widened my scope of what goes on in Bloomington. Carcasson talks about the value of having democratic focused conversations, but it isn’t until now that I realize what an impact this has on one’s connection with their community and their confidence in their ability to make change happen. This exercise in deliberation excites me to participate in more conversations like this and make a conscious effort to engage in my community.